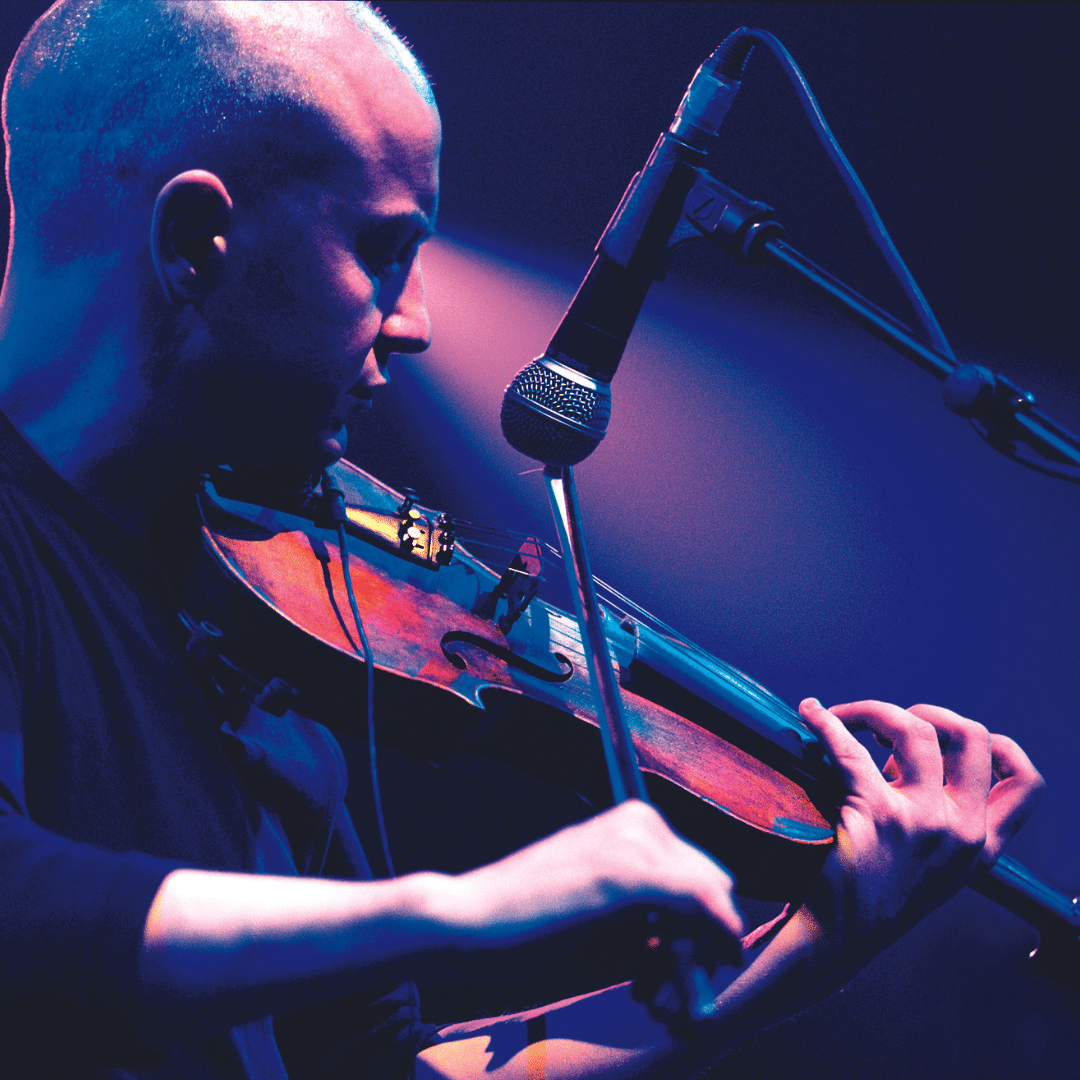 Born in Bellshill, near Glasgow, John began playing whistle and fiddle as a child and joined the legendary Scottish band the Battlefield Band aged 17. During his 11 years with the band, he also released his first two solo recordings, a debut album in 1995 and Yella Hoose in the 2000s. His most recent album, released last year to celebrate his thirty years as a musician, featured tracks from his solo records and TV and film soundtracks over the years.

As his career developed he increasingly transcended musical boundaries. As a live and studio guest he has shared stages with David Gilmour, Paul Weller, Paolo Nutini, Teenage Fanclub, The Proclaimers, Graham Coxon, Ocean Colour Scene, Idlewild, Eddi Reader, Julie Fowlis, Vicente Amigo, Nolwenn Leroy amnd Jerry Douglas. Since 2008, he has been a member of Mark Knopfler's band, playing arenas around the world including a double bill with Bob Dylan at The Hollywood Bowl and 20 nights at the Royal Albert Hall.

In parallel, he has developed a career as a composer and musician. Over the years, he has won many awards, including the Spirit of Scotland Award for music in 1999, and again in 2009, and the BBC Radio 2 Musician of the Year in 2003. In 2016 John received the Good Tradition Award and performed with his band at the BBC Radio 2 Folk Awards at The Royal Albert Hall, and then in 2019  he received the Outstanding Music Performance at The Scottish Culture Awards.

John’s band for the concert at the Roman Theatre will feature Sam Kelly, Helen McCabe and Toby Shaer. Taking part in the New Roots event in St Albans in 2013 gave singer and guitarist Sam Kelly the opportunity to perform at Towersey Folk Festival. As his career developed, he formed his own landmark band, Sam Kelly and the Lost Boys, which includes Toby Shaer who plays fiddle and whistles in the John McCusker Band. Helen McCabe started from an Irish traditional music, went on to study classical music and qualified as a teacher. After this, she toured with her own band and won awards in country music in Ireland and the UK. She is now making a duo album The String of Lights with John McCusker.

If you have any questions regarding access at The Roman Theatre, please email us before booking so that we can provide you with information and assistance.

The venue will be operating in accordance with any government guidelines on COVID safety measures in place at the time of the production.

How Many Tickets?
-
0 Ticket(s)
+
Add to Cart
Seat Successfully Added Add another or click here to continue
Tickets Added to Cart
Zoom In
Zoom Out